Fellowman McDougal joined the organization during the Spring of 1998 and is currently a Lifetime Member of Groove. Since becoming a member, he has served both locally in his home state of New Jersey and nationally to promote and engender a foundation that would generate positive energy and insight in the African-American communities.

A graduate of Grambling State University, Fellowman McDougal served in many roles at the undergraduate level from Community Service Chair to President. Under his leadership, the Tiger V Chapter received “Chapter of the Year” for 6 Consecutive years while committing to 40+ community service acts a year. He later became a Graduate Advisor where he facilitated the growth of the chapter taking them from 3 to 28 members. Committed to the undergraduate growth of the organization he then chartered the Louisiana Tech Chapter.

Fellowman Ahmad McDougal remained an engaged member throughout his graduate years where he again was a charter member of a new chapter, Northern New Jersey Graduate Chapter. Assistant Regional Director, National Community Service Committee, International Membership Committee, 2016 Fellowman of the Year and 2017 Presidential Award, Ahmad’s resume is anything short of stellar and is deserving of all the accolades it brings.

On behalf of 62Kings69Queens, we would like to give a heartfelt congratulations to one of Groove Phi Groove Social Fellowship Incorporated’s very best, Fellowman Ahmad Mcdougal as well as newly elected 1st International Vice President Fl. Jabreal Garner and 2nd International Vice Fl. Demetri Mabry. 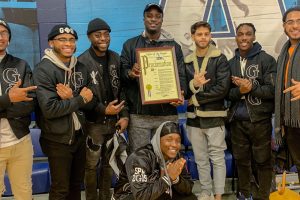 by Nathaniel Singleton Big Apple City Secretary During this year,[...] 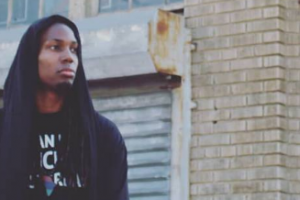 Filmmaker of the Month

Kwame Edwards, a member of the Bulldog One Chapter[...]

This article originally appeared on: The Undefeated It was 1967.[...]