The first annual “Christmas in August Toy Drive” took place on Tuesday, August 13 from 6:30 to 9:30 p.m at SUEDE (5610 Clarendon Road in Brooklyn).  The brothers of the Westchester Graduate Chapter of Groove Phi Groove Social Fellowship Inc. along with the sisters of the New Conn Graduate Chapter of Swing Phi Swing Social Fellowship Inc. were in attendance as Event Partners.  Organized by District Leader, Cory Provost, this amazing event featured a collection of donated toys and winter attire for local children in need, along with Caribbean cuisine courtesy of SUEDE.   Community leaders were given an opportunity to mix and mingle with guest and sponsors to further build a community of strong support and representation.

Following the kick off of the toy drive, Cory Provost will continue to collect toys and clothing for children through November. Donated items will be distributed to children in December.

“I welcome the community to join me at our Christmas in August event and share our abundance with our local children in need,” Provost said. “I look forward to spearheading a toy and winter clothing drive that will keep our children warm and happy this coming holiday season. This is just one of the ways I am working to build community and serve all the people of the 58th Assembly District.”
~ Cory Provost (Democratic State Committeeman/District Leader of the 58th Assembly District)

Cory Provost is the current Democratic State Committeeman/District Leader of the 58th Assembly District, serving the neighborhoods of East Flatbush, Brownsville, and Canarsie.

Additionally, Cory served as the Brooklyn Field Director for Secretary Hillary Clinton’s presidential campaign. Prior to that Cory was also elected to serve as a Presidential Delegate for Secretary Clinton and former President Barack Obama. Cory further served the residents of New York City as the Central Brooklyn/Caribbean-American Liaison for the New York City Comptroller.

Cory graduated from CUNY-Brooklyn College with a B.A. in Philosophy and a M.A. in Urban Policy and Administration. While completing his studies at CUNY, Cory was honored to serve as a Trustee for the University. 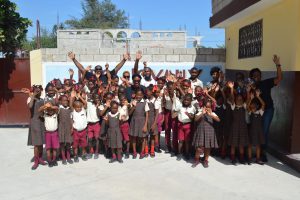